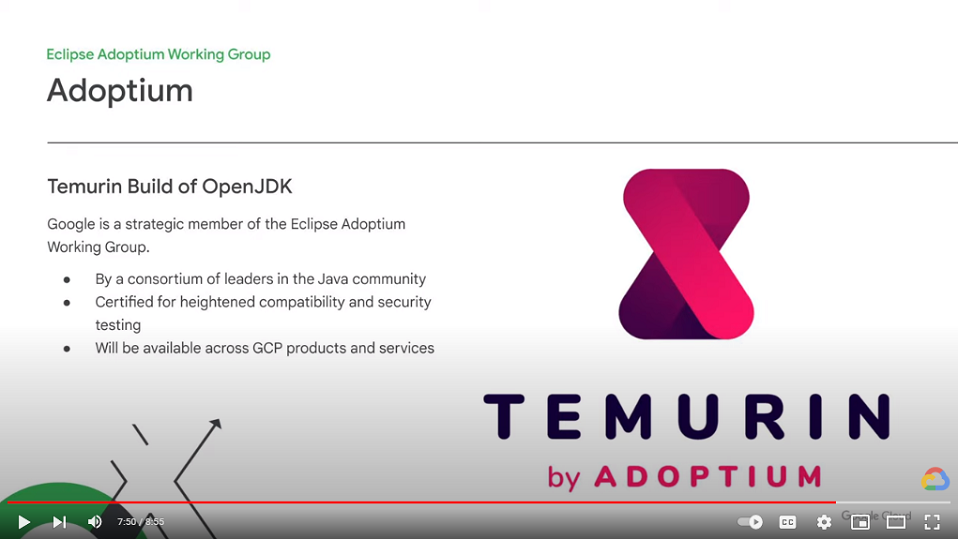 In October 2022, Google announced joining Eclipse Adoptium Working Group. It is a significant step forward for Adoptium. That move will definitely increase popularity of Eclipse Temurin JDK as one of many Java Development Kit distributions.

Senior Product Manager at Google Cloud announced that Temurin will be available on Google Cloud Platform for developers. At the same time, Google joins Strategic Members of the Adoptium working group. As the member, the company confirms that it is interested in long-term investments in Adoptium and strategically ties its own future with Adoptium technologies.

It highlights Adoptium Temurin among various JDK distributions. Many smaller companies will use that as a reason to use Temurin as well - if Google decided it is worth their trust, why should we not?, they may say.

Since Java SE 8, the license has substantially changed. The news caused a lot of fear in the development community. Mostly unnecessarily, but in fact, the official Oracle JDK distribution is no longer so freely available. On the other hand, those of us that do not want to pay Oracle for the JDK, still have many free JDK distributions to choose from:

These are only examples. As you can see one of them is Adoptium Temurin which is now supported by Google Cloud Platform.

Eclipse Adoptium is a project that provides Java binary runtimes an associated technologies. It delivers Adoptium Temurin JDK which is available under GPLv2+CE license, which makes it an excellent candidate for use in almost any use case.

Google became a Strategic Member of the Adoptium working group next to other prominent companies like Red Hat, Microsoft, Karakun, Alibaba Cloud, Azul, Huawei. By joining the group, the companies manifest that Adoptium technology is critical to their future and they plan to invest significant resources into the Adoptium core activities.